In response to a commission by the St. Lucie County Cultural Affairs Office in Fort Pierce, Florida, the artist Ade created a series of paintings in 2006 depicting the life of Zora Neale Hurston (1925–60). While conducting preparatory research for the series and in investigating the life of Hurston, Rossman recognized parallels between his own life and that of the eminent scholar and author. Although he has never been to Africa, Rossman
has experienced “Africa” in a number of ways during the course of his life.

Born in Trinidad, he remembers his grandmother as the community “medicine woman” making treks into the wilderness to seek healing roots, barks, and leaves. In Rossman’s mind at the time, she was just doing her thing, “living her life under the sun,” as he puts it. Only later was he able to put his grand- mother’s behavior into a “more African” perspective and to realize that the things she did were essentially “African.” At a young age, Rossman moved with his family to Brooklyn, which he re-calls as more and more “West Indianized” over time. He went to a Catholic high school there, but he also discovered Yoruba religion in Brooklyn, where a babaláwo divined his Yoruba name. His marriage was consecrated by a babalawo, and a babaláwo officiated at naming ceremonies for his children, who also received Yoruba names. His study of Yoruba culture was, he says, an attempt to discover African culture, and as he studied Yoruba religion he realized more and more that the life his grandmother lived in Trinidad and the folk practices she observed had their roots in African traditions. Her medical knowledge derived from practices similar to those he discovered in Yoruba religion.

He studied commercial art at NYC Technical College, which allowed him to better articulate his ideas visually through line drawing, perspective, and elements of design. Further study at Pratt Institute led him to experiment.

with commercial design and fashion illustration. Later, while employed in California, he was commissioned to design a calendar for a Rastafarian group. Research into Rastafarianism for the project allowed him to realize his passion for research and his interest in the pan-Africanist teachings of Rastafarianism, which led him to develop further his ideas about Africa and being African. When he settled in Fort Pierce, Rossman was confronted by the legacy of Zora Neale Hurston.  Fort Pierce is one of two Florida cities that pride themselves on connections with the life of the scholar-writer who played an important role in the Harlem Renaissance. She spent the last years of her life in the city, writing an occasional column for The Chronicle, Fort Pierce’s black newspaper. Hurston also supported herself to some extent as a substitute teacher at Lincoln Park Academy, located near the small house in which she lived until just before her death in 1960.4 She was buried in an unmarked grave in the cemetery known as the Garden of Heavenly Rest.

Alice Walker, in homage to the author who had so inspired her own writing, commissioned a headstone
to be made for an unmarked grave in the part of the cemetery where Hurston was said to have been buried.
Fort Pierce hosts the annual Zora Fest, where the famed author is celebrated, which inspired Rossman’s own interest in Hurston. A variety of activities honor the memory of one of the city’s best-known residents. A luncheon
known as “Hattitudes” references her predilection for wearing fanciful hats, and birthday parties are held in her honor. Readings, enactments, and scholarly presentations celebrate not only Hurston’s life and works but also celebrate being African.

It was during Zora Fest that Rossman discovered Valerie Boyd’s biography of Hurston, Wrapped in Rainbows. Reading the book inspired Rossman, who began to recognize elements of
his own life as he read about Hurston’s life. In response to reading Boyd’s book, he created a painting. When his reggae band was asked to play for part of the 2007 Zora Fest celebration at the Pelican Yacht Club, Rossman’s wife suggested that he use the painting as a prop for the performance. Valerie Boyd happened to see it and asked who had painted it, and ultimately purchased the painting. Boyd also introduced Rossman to the committee in charge of Zora Fest, and they commissioned him to design the poster for the 2008 event. The committee had imagined a single poster-an image of Hurston surrounded by several smaller circles, each vignette illustrating an aspect of her life. Upon looking more closely at Boyd’s book, Rossman argued that a series of eight paintings would be required to represent the various stages of Hurston’s life appropriately, and that is what he did. His compositions were influenced by artists such as Tom Feelings, an artist and illustrator, and John Byrne, an artist for comics.
The styles in which they work seem appropriate to tell a story. Each painting is effective for telling a different portion of the story of Zora’s life-her image at the center of a colorful and narrative background in which smallerimages are stitched together. While Byrne no doubt made an impact on his style, Feelings likely inspired him for other reasons. 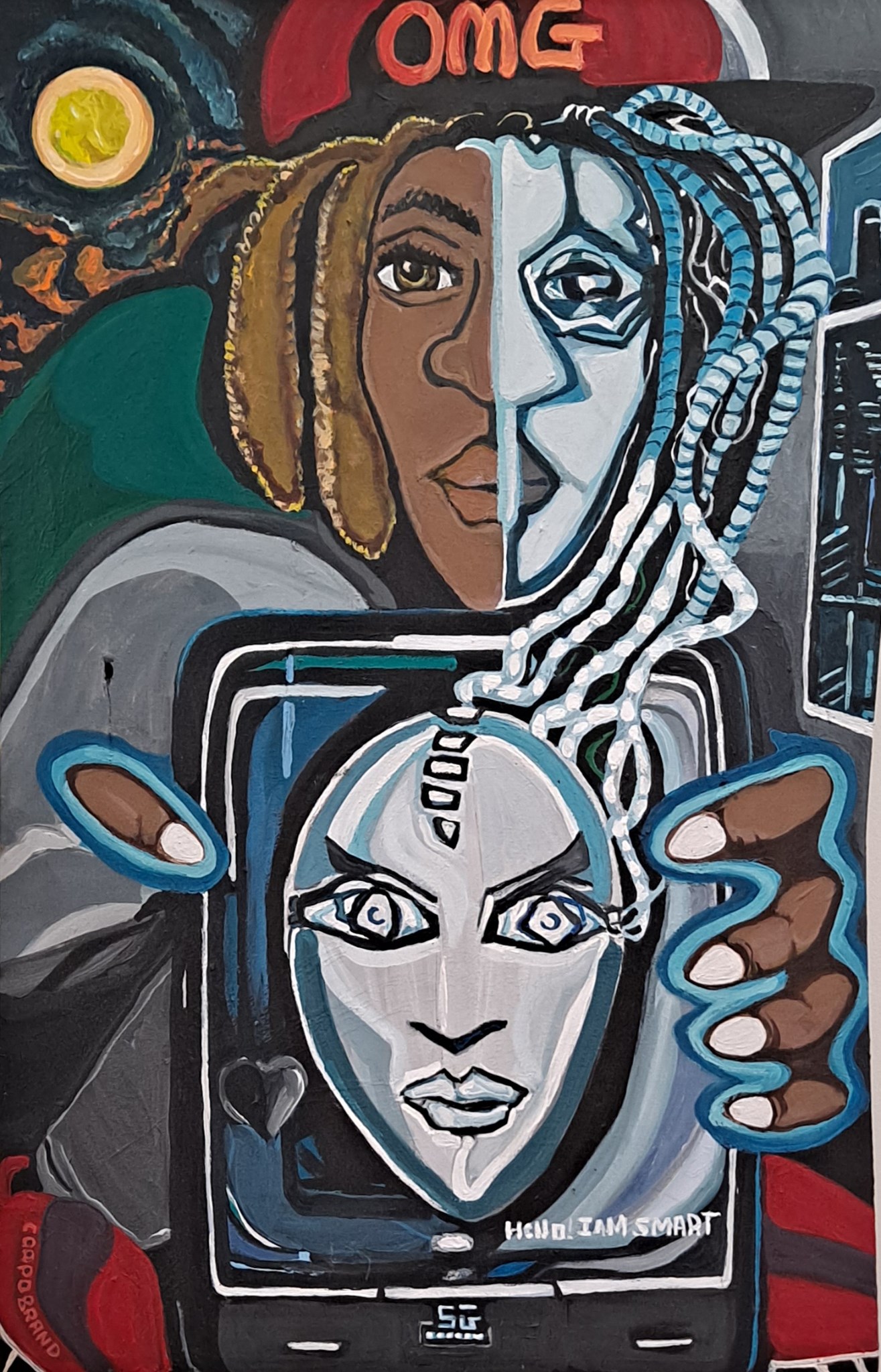 Want To Showcase Your Art?

© 2023 The Carlton Center LLC - a wholly owned subsidiary of Media Giant
All Rights Reserved.
Back To Top